The Many Inhabitants of St. Andrews-On-Hudson

Many of us have visited the Culinary Institute of America located on Route 9 on the southern edge of Hyde Park. Perhaps you went for some fine food, or to take a tour, or you may have even taken some classes there. The classes offered at the C.I.A. are of course food and drink related these days but did you know that the main building on the campus was originally designed to teach young men how to be Jesuits? Did you know that many of these Jesuits are buried right on the campus, not far from where you enjoyed that fancy meal? As a matter of fact, the property where the C.I.A. sits today is filled with interesting history going back even to early Native American inhabitants.

Back in 2003, evidence was discovered during an archaeological dig that showed that people have been using the acres around the C.I.A. campus since before Europeans settled the area. Certain spots along the Maritje Creek (that runs down the hill towards the river), were prime locations for prehistoric occupation. Tools were discovered along with fire hearths which would have been used by early Native Americans long before any stone or brick homes were built here. As seen on the Historic Resource Survey map just off to the right, we can see several areas that have been identified as possible “Indian sites” and always near a body of water or creek.

There is evidence of a stone structure being on the site going back to the mid-18 th century and an article from the Poughkeepsie Eagle News shows that there was a stone house somewhere on the property that dated to 1775. The house and 180 acres was purchased by John Reade Stuyvesant from James and Harriet Roosevelt (great-grandfather of FDR). As we can see from the map, there were other owners that established homes nearby including Moses Beach and the
Webendorfer family. The stone house from 1775 was apparently destroyed by fire in 1853 and Mr. Stuyvesant brought in William Harloe to design for him a new home in 1863 which can be seen in the drawing from the Poughkeepsie Eagle on the right. He named the house, Edgewood.

It was this property along with several others that caught the eye of Father Edward Ignatius Purbrick, a Jesuit priest from the New York-Maryland Province who was working on creating a seminary. He might very well have considered the history of the property, its beauty with the sweeping view of the river and hills beyond, as well as its prime location. The property was purchased by the Jesuits in pieces over time between 1897 and 1899. St. Andrews, as it was to be known, would become a novitiate for young Jesuits. The architectural firm of Schickel and Ditmars was brought in to design the main building in a Neo-Classical style. The builder was James D. Murphy under the supervision of Father William H. Walsh of the Jesuits, and it was completed by 1902. The small chapel at the front gate was built shortly after. The Jesuits improved the grounds with gardens, paths, and grottoes on the western side of Route 9 and a small farm on the east. During the course of over 65 years they educated over 3,000 novices before closing in 1968.

Most of the property was sold to the Culinary Institute of America in 1970, though the chapel and the cemetery still belong to the Jesuits. The cemetery contains several graves of important Jesuits including the famed Pierre Teilhard de Chardin, whose progressive writings almost got him kicked out of the church. Today, the site serves a different kind of educational experience with cooking and restaurant management classes. It took two years and several million dollars in the 1970’s to turn the early 20 th century religious institution into a major series of Kitchen classrooms and dining rooms but the C.I.A, as it is known today, is one of the major attractions of our area, not just for prospective students but for tourists as well.

Check out these cool photos of St. Andrews when it was a Seminary from Georgetown University’s collection. 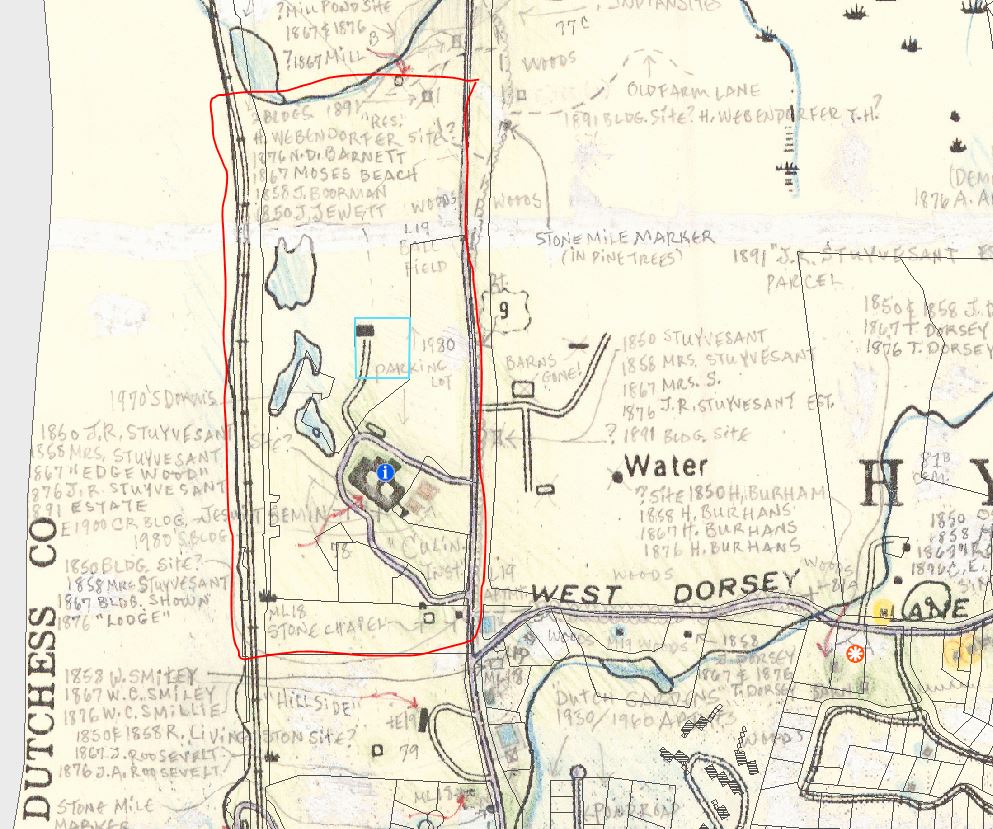