Very few businesses can say that they have lasted over a century. To hit the 100 mark on anything is a rather nice achievement. But one family here in Poughkeepsie stood the test of time and had good business sense to last as long as they did. In the beginning of the 19th century, a young man named James Reynolds traveled all the way from Rhode Island and somehow landed at the base of the Fall-Kill Creek. He saw the great potential for business that this location along the Hudson clearly had. He saw goods from inland farmers coming to the river and goods from sloops sailing on the river going inland to the farmers. He was right, and for well over a century, he and his descendants would continue it.

At first, the shop along the creek was called Reynolds and Innis and opened sometime around 1819. Reynolds had met up with Mr. Aaron Innis and the two began meeting the needs of the “rising river-trade” with both the shop and a line of boats for transport. They had established themselves just as the small village was growing and new technologies were coming into play which included steam boats. By the 1830s, James’s sons (William W. and James Jr.) were running the show so the name changed to W.W. & J Reynolds Jr. from 1835 until 1865. It was during this time period that they exchanged their sailing sloops for a steamship named Reliance. The ship itself, along with some of its crew would end up serving in the American Civil War when William Reynolds volunteered it to the government to help preserve the union. Years later, the company named their own brand of spices, flours, and coffee after the ship, and Reynolds Reliance became a very popular brand.

By the 1870s, William Reynolds decided it was time to move the company closer to the latest and fastest form of transport, the trains. In 1872, a new storehouse was completed by the train station and the old buildings at the base of the Fall-Kill creek were sold off. At this time the boat line was also discontinued as the firm made its switch over to the wholesale grocery business. A few years later, the grain elevator and mill were added to the space, they also had a grain elevator near the railroad tracks at the corner of Parker Ave. and Garden Streets but that one mysteriously burned down in 1898 and was considered to be one of the largest fires in the city at the time. At the turn of the 20th century, they had enlarged the property down by the train station with a larger warehouse space, new cold storage facilities, and an entrance that faced directly onto Main Street.

As the company moved closer to its centennial, it was now known as William T. Reynolds and Company, under the watchful eye of William Thacher Reynolds, the grandson of the original founder. He, along with his uncle, brother, and young son would see the company expand when they purchased Renco Mills in Liberty New York and Renco Milling Company in Fulton New York to add to their line of factories. The last two Reynolds to run the company were cousins Harris Smith Reynolds and Paul Innis Reynolds who sadly died within a few months of each other in 1935. After that, the warehouse would be sold off about ten years later. Today, the buildings that once held the offices, coffee roasters, and grocery warehouses of Wm. T. Reynolds and Co. are still standing and you may have ordered sushi, or had a pint, or even got your hair done there. The building now holds businesses like Mahoney’s Pub and Akari Sushi and a barber shop.

At the beginning of this blog post we mentioned that hitting the 100 mark is a rather nice achievement. This just happened to be the 100th blog post for the Local History Blog! Thank you so much for taking the time to read these entries and we hope you have enjoyed learning more about our shared history! Here’s to 100 more! 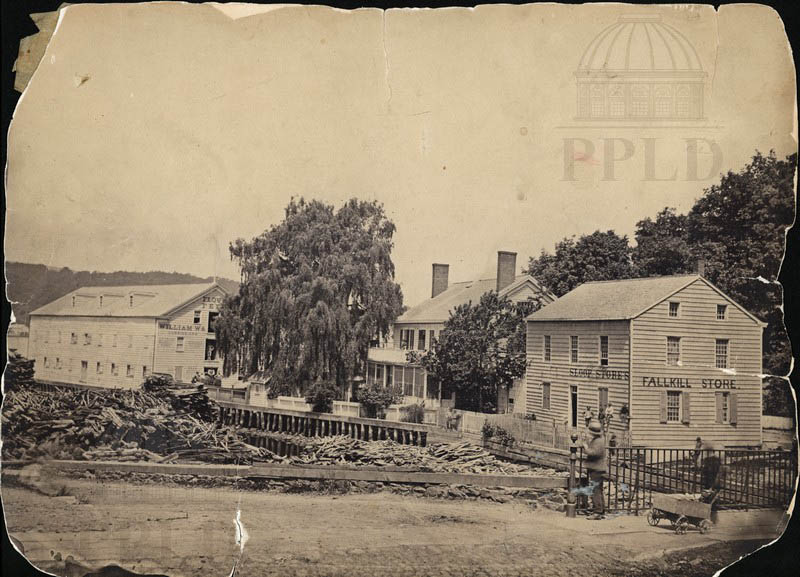