One of the oldest schools in Dutchess County just celebrated its 100th anniversary right here in Poughkeepsie. It should be noted, however, that the school and its mission are actually older than that, but its relocation to Poughkeepsie occurred back in 1920. The school’s foundations are humble, its beliefs are based on faith, and its list of alumni is quite impressive. The school dates back to the 18th century and has not altered much from its original philosophy that children do best when they are challenged to push themselves beyond their academic comfort zones while being surrounded in a nurturing environment. Of course we are talking about none other than the Oakwood Friends School.

The school began as a project of the religious group known as the Friends (a.k.a. the Quakers) who had settled in the Millbrook area in the late 18th century. When the school was officially created in 1796, it was inside what had once served as a store, not far from the main Meeting House used by the Friends. Since the Friends believed that both men and women could be moved by the Holy Spirit to speak in church, both sexes could also learn equally. So the school was co-educational right from the start. At first, only members of the Friends community were enrolled, but that would change by the early 19th century. Based on the 1807 meeting minutes, there were 98 students in attendance, 53 boys and 45 girls. The first of several notable alumni graduated in 1810, Lucretia Mott, who would go on to become a women’s rights activist and an abolitionist. Students like Mott and others would have taken classes such as reading, grammar, and arithmetic, as well as history, chemistry, botany, and a subject referred to as “Geography of the Heavens” (or you could just call it Astronomy). They also emphasized a plainness of speech, behavior, and apparel.

By the mid 19th century, the Friends were moving beyond the Dutchess County-Connecticut region and spreading out towards the Finger Lakes and Central New York. For that reason, the school decided to move as well and in 1858, they settled in Union Springs on the east side of Cayuga Lake. The school would spend another 62 years in this location (oddly enough, it had spent 62 years in Millbrook as well) and in 1876, the name changed to Oakwood Seminary (it would change back to Oakwood Friends School by the 1980s). Over 3,500 boys and girls would receive their education there before the school decided to move one final time. In 1920, they decided at the New York Yearly Meeting of Friends to move back to their roots in Dutchess County and purchased a 75 acre tract of land that had once belonged to George A. Coleman just south of the City of Poughkeepsie.

Poughkeepsie architect Edward C. Smith (we have mentioned him before) designed the first building on the property, known as the A.H. Lane Auditorium. There were 112 students for the first set of classes in the fall of 1920 (even though most of the campus was not completed yet). With new times came new changes, including the major decision to allow African American students to attend the school in 1933. Fred Yergan became the first African American to graduate in 1938 and later served with the Tuskegee Airman. The school would produce several well-known poets and artists as well, including singer-songwriter Bonnie Raitt and poet Mark Strand. It still continues in its mission to educate future artists, scientists, and leaders. 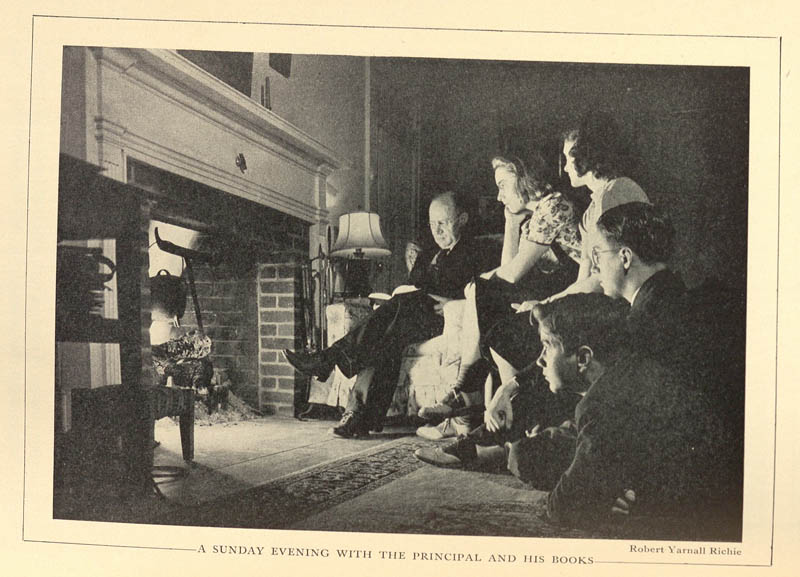